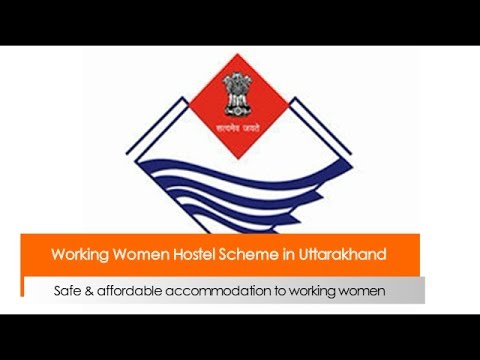 As a developing nation, India goes through various progressive changes every now and then, be it political, social or economic.
With the progression, we can see, more and more women are willing to break the norms set by society and live up to their capabilities.
And like everything else, it has its own ups and downs. On one hand, women empowerment is in full swing and on the other hand, for women leaving their homes and moving out to different cities in search of employment, concerns of safety and security are easily raised.
The Government of India came forward with the scheme of working women hostels in which employed women inhabiting different cities are provided with safe and easily accessible accommodations.
The scheme was introduced in 1972-73 grant-in- aid for construction of new/ expansion of existing buildings for providing hostel facilities to working women in cities, smaller towns and also in rural areas where employment opportunities for women exist. (wcd.nic.in).
Objective:
However, applicants are required to fulfill the eligibility criteria explained below in order to get the accommodation under the scheme.
Who is eligible?
A girl child must not be older than 18 years whereas the boy child must be less than or 5 years old.
Eligibility based on Income Limit:
hostels must not exceed Rs. 50,000 / month in case of metropolitan cities.
Period of 6 months.
The period of Tenancy:
Room Allotment and Rent:
A monthly rent is charged as per the number of  rooms occupied by the applicant.  The criteria is as follows.
The aforementioned details do not include the charges for other services like mess facilities, for them the applicant has to pay extra to the hostel authorities.
The respective association or institute is responsible for paying the rent in case of women undertaking job training. However, it does not incorporate the mess charges or any other service charge.
The procedure to apply:
The applications would only be entertained if they satisfy the eligibility criteria.
Agencies and the criteria: Who can apply for assisting the scheme?
Agencies such as
Co-operative institutions that meet the following criteria i.e.,
Funding flow responsibility:
At the central level The Ministry of Women and Child Development controls the budget and administration of the scheme.
The funds are transferred to integrated funds of the State Government by the ministry.
Release of grant to the implementing  agencies:
Funds shall be released in three instalments by the State Government/ UT Administration, in the ratio of 50:40:10 based on the progress of the work . The one- time grant for purchase of furniture and common area facilities shall be released with the final instalment of 10% of the construction cost. (According to wcd.nic.in)
The request for releasing the second installment is done on the basis of the certificate from the District Administration showcasing the progress of the construction, utilization certificate of the previous installments and some other documents comprising required statements and photographs.
Release of grant to the hostels in Rented Premises:
The grant is released on the yearly basis and installments are done in the following manner.
It also requires other reports by district administration mentioning the details of the current condition of the  hostel and amenities provided in the hostel along with the data of the current occupancy.
Half yearly reports of the previous year are also required to be submitted.
Financial assistance for continuation of the hostel for next   two years is proceeded if approved by the concerned state government with the same procedure as mentioned above.
How will it benefit the beneficiaries?
Schemes like these surely help the nation in its effort to empower the women. The scheme would also help in reducing the crime rate as these provide safe accommodation to the women. Moreover this acts as a positive reinforcement and an encouragement to the women who are willing to work and take charge of their life.
For any further information, visit the link given below:
wcd.nic.in